How to Find and Leverage Your Heretics

If you’re still reading this blog, I’m guessing you agree that heresy and heretics matter––or at least, that they’re incredibly compelling. Once you’re sold on the idea that the rebels in business are necessary not just for innovation, but for survival, you’re left with an important question:

“How do I uncover the heretics and encourage heresy within my team?”

It’s easier than you might think. Start by looking in the right place and asking the right questions.

To reveal heretics, look on the edges of your organization. Heretics are rarely found in positions of authority or influence for several reasons. First, most companies reward conformance, not heterodoxy. Heretics enjoy stirring the pot––and pot stirrers usually don’t make for good managers.

Second, those in positions of power have too much to lose if things change. They got where they are by being whizzes in the way things currently work and experts in the contemporary way of thinking. Why would they offer a new idea or approach, which means they’d lose their status and become a novice like everyone else?

Third, heretics find the conventional boring. They’re not interested in relishing what’s already known or making incremental improvements in what’s already doable. Heretics would rather explore the questions no one has answers to or attempt what’s never been tried. Heretics conjure up problems and opportunities before others realize they even exist––think Steve Jobs and the cellphone. 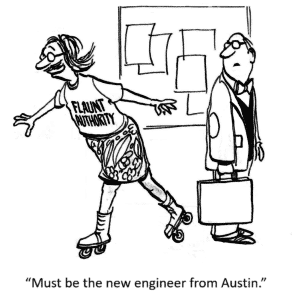 So no, don’t look for heretics at the top. Look for them at the outskirts and down in the bowels of your organization. Seek out employees with a reputation for being trouble makers, renegades, novel thinkers, or even weird.

Once you think you’ve found your heretic, test your hypothesis. Ask the candidate a question like one of the following:

“Is there an idea that you’ve always wanted to offer but were afraid you’d be laughed at or ridiculed for proposing?”

“Is there a grand opportunity or serious problem that you can see but to which everyone else is oblivious?”

“Is there a suggestion you’ve been making that could change our way of operating for the better which has fallen on deaf ears?”

“What’s currently impossible to do in our industry that, if we could do it, would fundamentally change the industry for the better?”

“What’s something we are incapable of now that, if we acquired the capability, would cause a dramatic breakthrough in our performance?”

In my book Heretics to Heroes, I share an example of the power of these questions. I was coaching a major capital project, and I asked Lamar, the rebellious project manager, one of these questions. He thought for a moment, then answered, “I’ve always hated the way we’re treated––I mean, the way contractors and constructors are treated, like second-class citizens. I want to set a new standard for the quality of life of the construction worker, and I want to do it in a way that demonstrates to those sons of bitches in the home office that it’s good for business.”

A vision and a mission grew out of Lamar’s declaration, and he enrolled his team in both:

Vision: Our vision is to set a new standard for the quality of life of the construction worker––and prove that doing so is good for business.

Mission: Our mission is to complete this project ahead of schedule, under budget, with great quality, without harming anyone, and have fun in the process.

Lamar’s project finished with the best performance in the company’s history. They came in 22 percent under budget, three months ahead of schedule, and the most serious injury was a hairline fracture to the tip of a mechanic’s index finger. The project also had the best quality of performance of any project then and since. This performance equated to tens of millions of dollars saved and earned in contract bonuses.

Any prospective heretic who doesn’t hesitate to answer your question by offering an idea, opportunity, or solution––especially one you think is ludicrous or impractical––is probably your huckleberry. If her idea is something that would fundamentally change things for the better if successfully implemented, give her a budget, allow her to select her team, stay out of her way, sit back, and watch her reinvent your business. 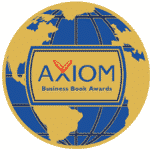 My book Heretics to Heroes has won another award: Bronze Medalist in the Memoir category from the Axiom Business Book Awards. Check out the audio book version. It’s an entirely new way to experience this memoir on modern leadership.