Lemmings in the Conference Room: How Group Think Shapes Business

At full power, an All-In™ Leader grasps and possess fundamentals that allow them to inspire extraordinary performance. These are multifaceted but complementary: I call them the Three Realizations, Four Faculties, and Six Skills.

I was explaining the Three Realizations, Four Faculties, and Six Skills in a recent client session, when one of the participants asked, “But which of these are the most essential?”

“Why these three?” she asked. Her question immediately prompted a surge of memories, dating back 35 years to when I was a young, newly anointed supervisor attending my first supervisor training class and experienced an earth-shifting realization of my own.

Our instructors were two Ph.D. psychologists from a nearby university. Together, they introduced my classmates and I to some experiments on human behavior that continue to underpin my approach to this day, especially when it comes to essential Faculty associated with being intentional.

The first experiment explored conformity, or what is often referred to today as “group think.”

Dr. Solomon Asch, an experimental psychologist at Swarthmore College in the 1950s, tested conformity by intentionally placing volunteers in groups where all but one member were actors. 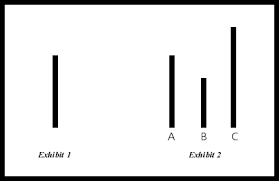 The group was then asked to compare the length of one line to three other lines. Each participant was asked to declare which of the three lines on the right was the closest in length to the sole line on the left. The group of actors would intentionally all give the same wrong answer, thus putting the lone non-actor in the position of either stating their differing perception or just going along with the group.

View this video to fully understand how the experiment unfolded.

Throughout this groundbreaking series of experiments, Dr. Asch demonstrated that we will often choose to give what we know or believe to be the wrong answer rather than be an outlier to the group. Our instinct to belong is so incredibly strong.

Ash found that more than 1/3 (37%) of the time, experiment subjects went along with the group and conformed with what they believed was the incorrect majority. He also discovered that 3/4 (75%) of the time, subjects gave what they knew to be the wrong answer for at least one of the questions asked.

After the questions were asked and answers were given, interviews with subjects revealed that they conformed for two primary reasons: 1) because they wanted to fit in with the group, and 2) because they felt the group might be better informed than they were.

Only a small fraction of those who conformed to the group said they truly believed that the group was right and they were wrong.

As a young, naïve supervisor, this revelation had a profound effect on me­­––and it wasn’t disdain for the conformers. I immediately put myself in their shoes. I realized that what Dr. Asch had unmasked applied to me, too. It was shocking for me to learn that were I put in a situation where my perceptions differed from my colleagues’, it’s very likely I’d ignore what I think is true and give in to the group. I was even more surprised to learn that I’m even more susceptible to group think when an authority figure, like my manager, offers a perspective I believe is wrong.

As these epiphanies landed, I pushed one of the instructors to go deeper––not unlike the young participant in my recent client session.

“Why do we care more about fitting in than being truthful?” I asked the psychologist leading that session 35 years ago. “Why are we so afraid to offer a perspective different than that of our bosses?” Her answer made a lot of sense.

“There was a time in our evolution where being excluded from the group meant certain death,” she said. “Being segregated from the group for most social mammals means no food or protection, and in the case of humans, that meant we either starved or ended up being some predator’s lunch.

“We are social beings,” she continued. “For hundreds of thousands of years, we have depended on the group and its leader for our survival and our purpose in life––for our very reason for being alive. That awareness is burned deeply into us and cannot be easily dismissed, even though we are much less dependent on our team or leader than we were in the past.”

We’re social creatures. It made so much sense. As I processed what she’d shared, the psychologist continued.

“The idea that you and I are individuals with personal perceptions, capable of holding differing beliefs and still living in peace together, is very new. We’re still trying to reconcile our new reality with the old. Moreover, despite our recently discovered independence, we still often need and must depend on each other. Most of us still very much want to belong to and be appreciated by our chosen group and its leader.”

I was hooked. “What can I do to resist the natural tendency to conform?” I asked. Her response became part of my personal philosophy and ultimately, informed the realizations, faculties, and skills that make a leader an All-In Leader.

“Cort, you have to be very clear on who you are––what you stand for in this world,” she said. “You have to be willing to be an outlier––to disagree even if it means you are excluded from the group.”

Then, she offered a crucial caveat.

“But you need to be smart enough to know when differing from the group serves both you and the group, and conversely, when it is best to choose to go along,” she said. “When lives or the future of your business are at stake, it probably serves you and the rest of the team to say what you really think. Those are the times when knowing who you are and for what you stand can help you speak your truth. But other times––like when the group is deciding the theme for the company picnic––it’s probably best to go along with the majority.”

I followed up with another question. “Is that the reason why Asch found that 1/4 of the participants never conformed with the group and always gave what they felt was the correct answer, even if that answer deviated from that of the majority?” I asked. “Was it the fact that they were clear on who they were and what they stood for?”

“We believe that is the case, yes,” she replied. “Although, I must point out that Asch never explored that question, so this is just our opinion. Many of Asch’s test subjects said they gave in for fear of being ridiculed or thought of as peculiar. This suggests they had a weak sense of self and self-image.

“We believe that a person with a strong self-image, who has decided who they are and what they stand for well before they ever find themselves in this situation, is much better prepared to resist social conformance. Such a person is less fearful of what others might think of them because they are so clear and confident about what they think of themselves.

“And we believe that an individual who is clear and intentional is much more likely to stand for what is right and what is best for the entire enterprise, even when that requires opposing one’s manager. But again, it’s not about you making your manager wrong––it’s not about standing against him or her. It’s about standing for what is right––the organization’s values, what is best for the business, and what serves the greater good.

“Standing against something is a very weak posture to take. Standing for something is one of the most powerful postures a human can assume.”

She went on to add that Asch’s subsequent experiments showed that if even just one other member of the group disagreed with the other actors, the test subject was very likely to share their true answer. “This is why, as a leader, you must be willing to offer a minority opinion during critical conversations. By doing so, you make it much easier for others to offer their true thoughts and feelings.”

And that benefits everyone.

This story illustrates an important truth: The hero journey I invite all leaders to go on has been my journey. I push men and women toward the realizations, faculties, and skills that I have experienced and learned from others who went before me. It’s a constant cycle.

Next week, we’ll delve into another experiment that explores obedience to authority and how it informs the realization that people and the planet are “whos,” not “its”, and therefore, it is unacceptable to produce business results at their expense.