See the Faces in Every Decision

Last week on the All-In Blog, we revisited my very first supervisor training class, held about 35 years ago. There, I was introduced to Dr. Solomon Asch, whose experiments exploring human conformity revealed the power of group think––and helped form the pillars of my All-In™ Leadership concept.

Dr. Asch was not the only psychologist we encountered that day. During the same class, the instructors introduced us to Yale psychologist Dr. Stanley Milgram, whose 1960’s experiment sought to answer questions about obedience to authority.

Milgram and his team devised an experiment in which a designated teacher was instructed to deliver electrical shocks to a designated learner if the latter provided the wrong answers to a series of questions.

The experiment director, clothed in a lab coat, led two volunteer––but paid––test subjects into a small room, where their roles were determined by what the subjects thought was random chance. The selection was actually rigged: The person chosen as the learner was an actor and part of Milgram’s experiment team. 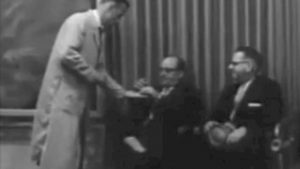 The person playing the teaching role was the true subject of the experiment. Together, both teacher and learner––the second of whom, remember, was privy to the test’s actual purpose––were told that the study would examine how punishment affects learning. But the trial was actually designed to study the human tendency to be obedient to authority. 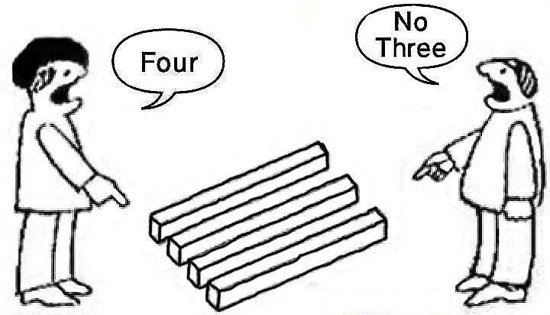 Shouts of “Ow! Let me out of here!” and “You’re going to kill me!” permeated the wall that separated them.

As the instructors in my training class shared the results of Milgram’s experiment, I became deeply troubled. I was shocked––no pun intended––to learn that when in the presence of a clear authority figure, a typical human being will likely follow orders, even if those actions can potentially cause serious harm to another person.

The Milgram experiment was replicated in several countries using subjects from both genders and all socio-economic circumstances. The take-away remained the same: With few exceptions, humans tend to blindly give in to authority, even when doing so is extremely harmful to themselves and others.

Disturbed and searching for answers, my classmates and I asked our instructors a simple but loaded question: “Why?”

“That’s a very difficult question to answer,” the psychologist leading our class said. “Milgram was able to determine that more than 2/3 (65%) of the teacher subjects delivered the entire series of shocks to the learner, even if those shocks were clearly labeled and interpreted as extremely painful and dangerous––up to 450 volts. The teachers did not want to keep going. Many showed extreme signs of distress and tried their best to talk the authority figure––the experiment director––into ending the experiment. But when the authority figure politely insisted they continue, they did.”

“All of the subjects did this?” I asked, still reeling and attempting to process the information.

“No,” she replied. “Two-thirds completed the experiment and delivered all the shocks. The remaining third––the ones who ultimately stood up to the authority figure and refused to continue the experiment––did not do so until after delivering at least 20 shocks to the learner, the last of which was 300 volts. By that time, the subject had been screaming in pain and pleading to stop for the last several shocks.”

“But I can’t imagine myself doing such a thing,” I insisted.

“Most of the teacher subjects said the same thing after the experiment,” the instructor said. “Most said they could not believe they had done what they had done.”

“Did they explain why?” we asked.

“Yes,” she said, pausing before adding, “and their answers were very disturbing. They basically said they were just following orders, that the authority figure was responsible for harming the learner, and that they had no choice in the matter.”

My fellow supervisor trainees and I sat together in stunned silence.

“Even when pressured by the researcher leading the debrief to accept some accountability for their actions, the subjects would shift that responsibility to the authority figure or the experiment itself,” she continued. “A common reason offered was something like, ‘I kept going because I felt like the experiment depended on me.’”

An even deeper quiet blanketed the room. Our instructor paused and took a drink of water, allowing her last revelation to sink in.

“What Milgram and others that repeated his experiment have demonstrated is that ordinary men and women––just like you and me––are likely to follow instructions given by an authority figure, even if it has the potential to severely harm an innocent human being,” she continued. “Then afterwards, we will find a way to rationalize our actions.

“It seems that obedience to authority is either in our DNA or bred into us,” she said. “Milgram’s experiment did not confirm the cause. But the results, as you can feel right now, are very disturbing.”

The instructor then read from an article Milgram had published in the 1970s titled “The Perils of Obedience”:

Stark authority was pitted against the subjects’ strongest moral imperatives against hurting others, and, with the subjects’ ears ringing with the screams of the victims, authority won more often than not. The extreme willingness of adults to go to almost any lengths on the command of an authority constitutes the chief finding of the study and the fact most urgently demanding explanation.

“But how do we avoid doing that?” one of my associates asked.

“Again,” the instructor replied, “just like when you are striving to resist group conformance, you must know who you are and for what you stand. Decide how you will react when facing a similar situation before the situation ever occurs. If you wait to decide in the moment, the authoritarian’s influence may overwhelm you.

“But in the case of obedience to authority, there are two other things you must resist,” she warned. “First, you must learn to see the faces in every decision you make. To see people not as their job title or position in life––not as mechanics, operators, technicians, bank clerks, or servers––but as sacred human beings with, as our Constitution says, the unalienable right to life, liberty, and the pursuit of happiness.”

“And how do we do that?” someone asked.

“By spending time with your employees, neighbors, and fellow citizens. Get to know them and care for them personally,” our instructor replied. “Refer to them by their name instead of by their position. Did you notice that in the Milgram experiment, the teacher and learner were always referred to by their titles and never their names?

“Never objectify your employees by using terms to describe them such as ‘the injured party,’ a ‘full-time equivalent,’ ‘hands’, or a ‘resource.’ Embrace the idea people are different than any other aspect of your business, and that your business exists to serve you, your employees, and your customers, who are all human beings and worthy of your love and care.

“Never buy into the premise that it’s sometimes necessary to hurt people for the sake of business. 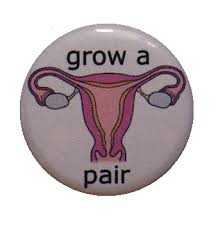 Second, you must embrace this construct: ‘I am responsible for all of my actions, regardless of whether I acted on my own initiative or was directed to do so.’ You must learn to never attempt to shift the burden of responsibility to some other person, your manager, your team, the system, or the policy.

“Regardless of the circumstance, you must think and feel that you are the only person accountable for your actions––and subsequently, the results of those actions or inactions.

“Lastly, never forget that without these beliefs and intentions, you risk losing your humanity. You can become a cog in the machine, obedient to authority––a servant to the system. Essentially, you become Darth Vadar. Vadar gradually lost sight of these truths, and as he did, he became progressively more and more like the system––so much so that by the time his transformation was complete, he and the machine––the Super Star Destroyer––in which he traveled were almost indistinguishable from one another.”

Finally, our instructors shared that Milgram contended that in any social situation, we have two choices. We can choose to be what he called the “autonomous state,” which he described as a human being who is directing her own actions and taking responsibility for those actions. Or, Milgram asserted, we can choose the “agentic state,” wherein we allow others to direct our actions and then assign the responsibility for consequences to the person giving the orders. In other words, we relinquish our freewill and act as agents for another person’s will.

What Asch and Milgram Mean Today

Fast forward to today. Asch’s experiments––which we covered last week­­––and Milgram’s experiments both underpin the realization and faculty I have flagged as two of the three most essential of All-In Leadership’s foundational 3 Realizations, 4 Faculties, and 6 Skills.

When you understand the work of Asch and Milgram, my reasoning behind selecting these two becomes clear. Without them, a leader is really not a leader at all. He is likely to think what others think, say, and want him to. That posture and resulting action is definitively incongruent with leadership.

Without the clarity created by these two cornerstones, a leader will likely succumb when challenged by authority, surrender her new idea when questioned by keepers of the status quo, or worse––pass on orders she believes are wrong, harmful to the business, or even immoral.

An All-In Leader will never surrender her humanity to the will of another. Embrace the anchoring certainty created by this realization and faculty and you will be capable of defeating the dragon forces that attempt to cloud your vision, lure you off mission, or entice you to do what you know is wrong.

Join us next week for the third installment in this series, where I discuss the most essential All-In Leading skill: being masterful at leading from the future, which encompasses pioneering paradigms, conjuring a compelling vision, standing for the vision, crafting purposeful missions, enrolling and evoking commitment, and managing change.